The last time I posted anything on my blog, I was 16 weeks pregnant with my son. I didn’t know that he was going to be a son, however. I wrote about how I was testing old wives tales in an effort to predict the baby’s sex before my next sonogram. I was definitely excited and fully planning on gushing over my news on the blog as soon as it was revealed to me.

The news that we were given was extremely bittersweet.

At first we were told that he was a boy. A bouncing, completely healthy baby boy. We immediately went home to finish our little man’s registry and to plan out his nursery theme. We spent a few days in a cloud of bliss only to go to our next appointment and be met with some alarming information about our unborn son’s health. We were asked if we had been informed of a “heart defect” at our sonogram, and when they got the hint that we were completely clueless about such a thing, they informed us that our baby “might have one.” We were then sent on our confused way with numbers and referrals to two more doctors. First a high risk specialist and then a pediatric cardiologist.

Two sonograms later and we received an official diagnosis at 22 weeks along: our son had a heart defect called Transposition of the Great Arteries (the details of that will be left for another blog post… or you can always google it). He also had two holes in his heart that needed to be closed and his aorta needed to be widened. He would need open-heart surgery between 2 and 10 days after he was born in order to survive.

Obviously this was a difficult position that we had been put in. My husband and I had gone from feeling complete contentment to complete devastation in a matter of a few weeks. We then approached everything pregnancy and baby-related with fear and anxiety. Should we have a baby shower? Would it even be appropriate to decorate the nursery? Would he make it through birth? Would he make it through the operation? We had to change the way that we thought about everything. Nothing was exciting anymore. Everything was hard. Everything was stressful. Everything hurt to think about. Blogging was the furthest thing from my mind at the time.

We had at least one sonogram per week from there on out and none of them were fun. None of them were for looking at our bouncing baby boy with any excitement about what was to come. All of them were for pictures of his heart because we had to make sure that his defect wasn’t getting worse. We had to make sure that we were giving him his best chance at life after birth. Everything was a tactic to save his life at the end of our pregnancy journey and that terrified me.

Landyn Matthew was born on August 19, 2015 via an emergency c-section and was whisked off to the NICU before I’d even gotten the chance to look at him. We weren’t allowed to see him until three hours later and it took that long before we were even told what his birth weight was (6 pounds, 7 ounces, if you’re curious). He was breathing entirely too fast for such a little boy and his heart rate fluctuated so much, I had to train myself to stand with my back to all of his monitors while he was in there.

He spent his first 6 days in the NICU before spending his next 49 in the Pediatric Cardiovascular Intensive Care Unit (PCVICU). He had open-heart surgery at only 8 days old, spent nearly 24 hours on a temporary pacemaker and three weeks on a ventilator. He wasn’t allowed to begin eating by mouth until he was four weeks old. I wasn’t allowed to hold him until he was five weeks old. The amazing pediatric cardiology surgeon at our hospital was able to save his life – his defect was fixed with one operation! He was left with a murmur that has to be monitored by his pediatric cardiologist for the rest of his life, but he could have left that place a lot worse off. I consider it a blessing that we walked out of the hospital with only a murmur and a few eating problems, which have since been worked out. 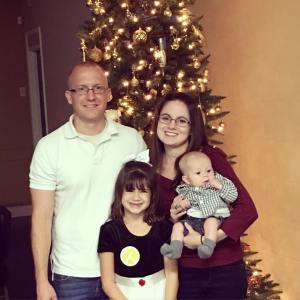 As you can see, life has been a little crazy since I last posted. It’s been a rollercoaster to say the least and as a result, we’ve changed. I’ve changed. Our little family has grown by one and our hearts have been changed forever because of this journey that we’ve been set on, and I really think that it can be used for a bigger purpose.

From here on out, my blog is going to contain a little more substance and a little less random because I really do feel like writing with authenticity is what makes my heart the happiest, and it makes connecting with all of you a lot easier. I’m going to try to write more often… I’m going to revamp this place. All of my previous posts will remain, but again – substance; authenticity – these are the things that I am shooting for. I do hope that you all forgive me for stepping away for so long as it is exactly what I needed to do for myself, but if you’ve stuck around – and I hope that you have – please continue to.

5 thoughts on “Everything Has Changed”